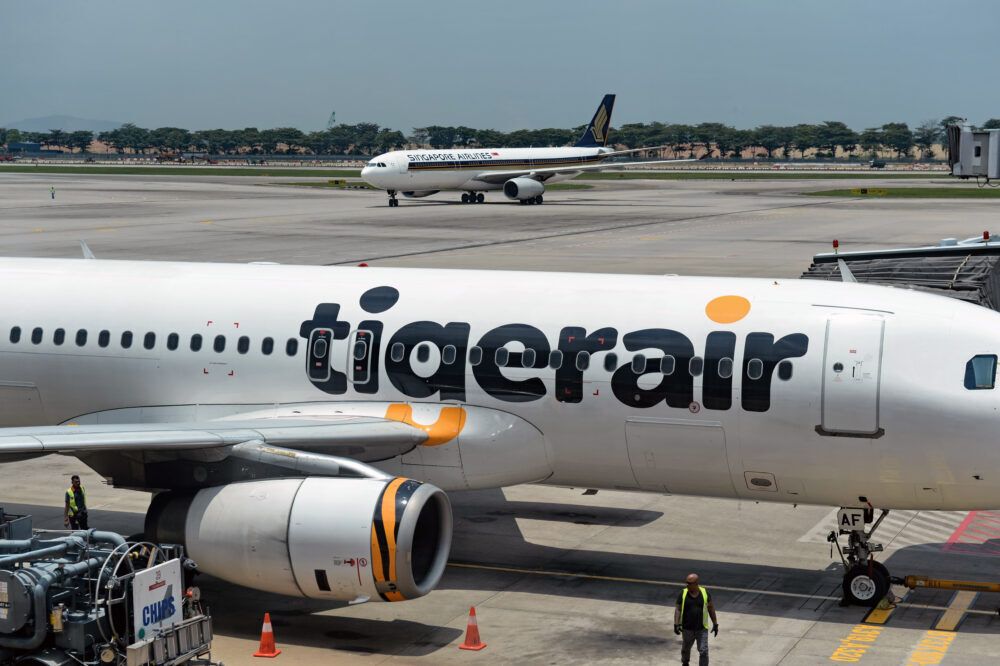 Defunct airline Tigerair Australia still has thousands of slots at Sydney’s normally busy Kingsford Smith Airport. The airline went out of business last year when its owner, Virgin Australia, discontinued the struggling brand. Despite having no aircraft and no employees, Virgin Australia has retained its air operator’s certificate. But along with the certificate, they’ve also held onto quite a lot of slots at capacity-constrained Sydney Airport.

Sydney’s Kingsford Smith Airport typically operates under a jet curfew between 23:00 and 06:00 daily. When operating at capacity, the airport handles no more than 80 planned movements in any 60 minute period. Over the 12 months to December 30, 2019, safely before the impact of the travel downturn, Sydney Airport handled 324,144 aircraft movements. The curfew and the lack of space around Sydney Airport normally makes slots valuable commodities.

Slots aren’t managed or controlled by Sydney Airport. Instead, slots are the remit of Airport Co-ordination Australia, a little-known airport co-ordination services organization set up by the Australian Government. They look after slot management at multiple Australian airports, in addition to airports in Papua New Guinea, the Philippines, Ireland, and Saudi Arabia.

Last week, speaking on Melbourne’s 3AW radio station, Rex Airlines Deputy Chairman, John Sharp, called out how slots were being managed at Sydney Airport. He questioned why a defunct airline was being allocated slots throughout 2021.

“The airline doesn’t exist and yet somehow or other, the next season for slots, which is from the end of March to the end of October of this year (2021), Tigerair has been allocated 6,000 slots at the (Sydney) airport.”

Inquiries underway, but no short term fix in sight

Qantas and Virgin Australia combined have about 80% of the slots in the Sydney Airport,” said Mr Sharp.

“Rex sees itself as a new entrant into the domestic airline business. Therefore, we need access to Sydney Airport. And so what Qantas and Virgin have been doing is they’re like squatting on those slots. What they do is they claim they’re going to use them. And then, at the last minute, they cancel the flight. And so, you know, up to 20% of flights at Sydney Airport, for those airlines aren’t actually operated.”

“We are continuing to work with the sector and Government to develop a rational approach to slot management at Sydney Airport.”

Inquiries underway, but no short term fix in sight

The Australian Government, through the Department of Infrastructure, Transport,
Regional Development and Communications is beginning a comprehensive review of demand management at Sydney Airport. There’s an Australian Government Senate Inquiry underway into the future of Australian aviation. Given that Sydney Airport handles around 26% of all aircraft arrivals and departures in Australia, how the airport is managed and access is high on the agenda.

But neither will provide the short term fix Rex’s John Sharp wants. He wants the likes of Qantas and Virgin Australia to surrender their unused slots. That’s in addition to the 6,000 unused Tigerair slots. John Sharp says;

“Those slots should be freed up.”

Sydney Airport Slaps Down Cash To Lure Back Airlines

Sydney Airport is joining forces with the New South Wales Government to lure back airlines with cold hard cash. The airp …