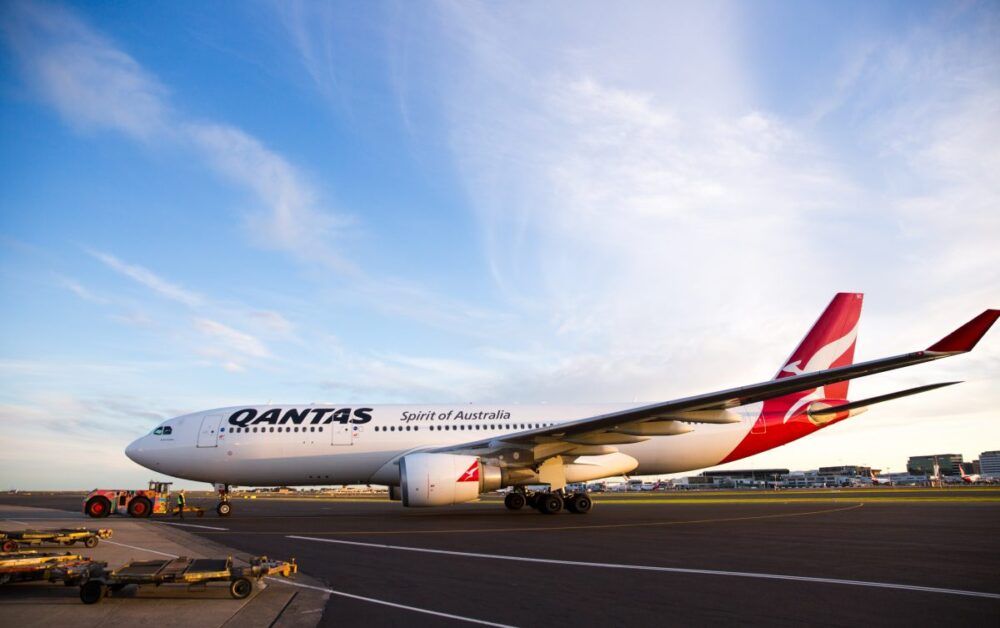 Except for its A380 fleet, Qantas has been quietly bringing many of its planes back into service. That includes many of its Boeing 787 and Airbus A330s that mostly get used on international services. With Qantas stepping up its repatriation flights, the airline’s distinctive red tail is beginning to re-appear again at airports worldwide.

All but one Qantas 787 up and running

In Australian Aviation, Adam Thorn has compiled a comprehensive list of Dreamliner repatriation movements over the past few months. Qantas has operated flights from airports including London, Los Angeles, Tokyo, Hong Kong, Frankfurt, Paris, New Delhi, and Chennai. Many of those airports are destinations Qantas does not normally fly to.

Qantas isn’t exactly working the planes hard, and if you dive into the flight tracking data, quite a few domestic sectors are running (i.e., Melbourne-Perth-Melbourne). But it is keeping the planes in the air and crews working.

The exception is VH-ZNG. That aircraft headed off to Los Angeles in September, and there has been no flight activity since. There are also three Qantas 787s in California just built that the airline hasn’t yet taken delivery of.

Qantas still has the majority of its A330s out of service. According to aircraft databasePlanespotters.net, 11 of Qantas’ 28 A330s are still on the ground. That largely tallies with flight tracking databases, although some A330s are tagged as parked when they operated flights as recently as a week or two ago.

Diving into the A330 data, what’s interesting is the amount of international flying they are doing. Qantas operates A330s on their services between Auckland and Sydney (taking advantage of the one-way travel bubble that is now back in operation) and some transcontinental domestic routes. But the majority of Qantas’ A330 activity appears to be international freight services into Asia.

It can be confusing as these freight flights often use pre-existing Qantas flight numbers for those sectors. For example, VH-QPI landed in Sydney on Thursday morning from Shanghai, tagged as QF130. Qantas regulars will know that as the overnight passenger service’s flight number before Qantas suspended its regular international passenger services back in March.

Meanwhile, Qantas boss Alan Joyce signaled earlier this week the mothballed A380s still had a role to play at Qantas down the track. Qantas has 12 of the big planes sitting idle in California. But as Mr. Joyce said in a Eurocontrol interview, six of them have just been extensively refurbished.

“It’s a heartbreaking sight to see them sitting there,” Mr Joyce said. “But if you look at the Qantas network, there are going to be opportunities to deploy those aircraft.”

Citing schedule windows, curfews, and slot restrictions, Alan Joyce mention London Heathrow and LAX as two airports Qantas had previously served with A380s and where he thought the planes would one day head back to.

“Instead of flying multiple frequencies right on top of each other, an A380 that’s fully or nearly fully written down, if it generates cash, will absolutely work. Airports that have slot restrictions, like Heathrow, a slot at Heathrow is extremely expensive, the aircraft works for that, and the similar scheduling windows that worked with Australia are unique. So we do believe there’s a need for our (A380) fleet. and we do believe that it will generate cash.”

It’s a welcome bit of good news out of Qantas. Until the big planes are back, the 787 Dreamliners are the headline act at Qantas. The airline has scheduled full international services to resume in July, but that’s ambitious. But for the foreseeable future, it looks like the Dreamliners will keep operating repatriation flights, keeping the planes operating and Qantas crews in the air.